Young people in Africa have pledged to work harder and ensure that the continent achieves its Sustainable Development Goals (SDGs) by 2030. In a virtual discussion organized by the Economic Commission for Africa (ECA) under the theme “Africa’s Youth in The Decade of Action: Actors or Bystanders” on December 20, youth from across the continent agreed that they have a role to play in ensuring that Africa achieves the SDGs. In her keynote address, climate and environmental activist, Elizabeth Wanjiru Wathuti, commended her peers across Africa who are leaving no stone unturned to ensure that the SDGs are attained by 2030. She said, “as a climate activist, I have not been sitting back and feeling helpless…I started growing trees at the tender age of seven.”

Ms Wathuti noted, however, that Africa’s youth need to be taken more seriously and that their voices and interests should be an integral part of decision-making processes. “Youth engagement doesn’t mean inviting young people onto panels. Serious engagement means internalizing the fact that young people and future generations have the biggest stake in decisions made today.”

United Nations Secretary-General’s Envoy on Youth, Jayathma Wickramanayake, said Africa is blessed to have the world’s youngest population, with a median age of just 19.7 years.  She expressed confidence in the youths’ ability to steer the continent’s trajectory in the twenty-first century, cautioning that “their success or failure will also be that of the continent as a whole.”

Vera Songwe, United Nations Under-Secretary-General and ECA Executive Secretary, said despite the negative effects, COVID-19 has presented huge opportunities in the areas of innovation and tourism, showing that Africa has the potential to grow and create jobs for its youth.

She urged young people to use such opportunities to “create their own jobs and become the employers and entrepreneurs for a prosperous Africa by 2030.” Ms Songwe cited an ECA youth programme called African Girls Can Code – which links girls across Africa, enabling them to learn the internet of things, artificial intelligence, and gaming – as an initiative that also creates jobs for young girls in Africa.  Ms Songwe said with the African Continental Free Trade Area (AfCFTA), Africa can begin to manufacture on the continent and do value addition across the different sectors of our economy.

She pointed out that young people are those most affected by the SDGs, stating “ they stand to gain the most from high-quality education, decent work, gender equality and a healthy planet – or to lose the most if the world fails to reach those goals. Their energy, ideals and initiatives are crucial for achieving the Goals.”

Emma Theofelus, Namibia’s Deputy Minister of Information, Communications and Technology, said making data accessible to youth will go a long way to enhance Africa’s growth, adding “We need young people in decision-making positions. They should be at the tables where Africa’s future is being discussed

Adji Bousso Dieng, Founder of The Africa I Know, noted that what is missing is investment in science, technology, engineering and mathematics (STEM). “We don’t have the skills and infrastructure in place that can transform raw material into final products for export. This denies the youth the employment opportunity on the continent.”

The need for increased collaboration to enhance growth in Africa was underscored by Thobo Khathola, Managing Director of Lion Tutoring, who expressed hope that “the AfCFTA will enable us collaborate even more.” The issue of unemployment, poverty and lack of education was raised by Achalake Christian Leke, Executive Director of LOYOC Cameroon, who noted “this is a big problem for Africa” and needs to be tackled immediately. “This needs to be addressed if we want to see any progress on the continent.”

The event served as a platform for young people to engage with leaders to renew their commitment to the 2030 Agenda and to advocate for urgency, ambition, and action to realize the Sustainable Development Goals; provide African youth a virtual hub to mobilize, reflect on their needs and aspirations, and establish coalitions for positive change through the achievement of the Goals.

It was also an opportunity for young leaders to share best practices, experiences, and challenges in their work towards the Goals, and brainstorm concrete ideas and actions that young women and men can take in their respective communities, countries, and regions to ensure that Africa achieves the Goals by 2030. 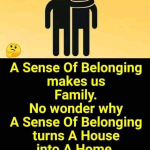 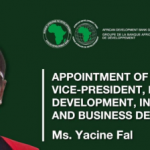