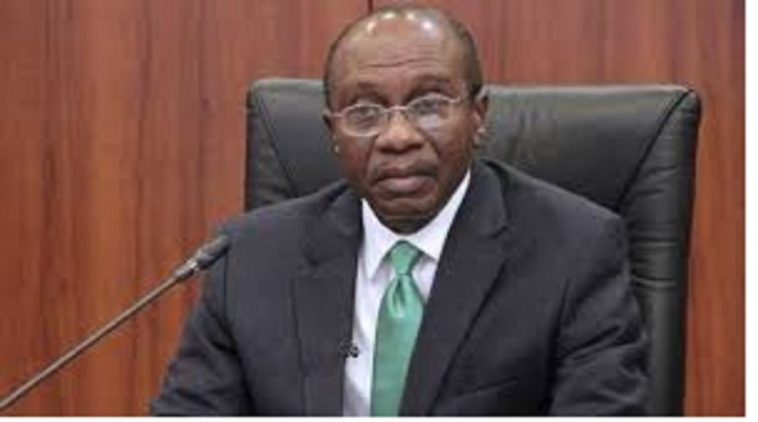 There are indications that the Central Bank of Nigeria, CBN, championed economic diversification efforts may have gained private sector lead and already on self sustaining range as the intervention funds beneficiaries begin to repay the loans.

Before now the practice has been for public sector loan beneficiaries to go away with the loans as national cake and most likely diverted same to uses other than the initial purpose, a situation which have made laudable programmes of the government to go moribund.

Among the major repayments was in respect of the Anchor Borrowers Program, ABP, with the North East Commodity Association (NECAS) repaying  about N1.5 billion. Several other repayments have happened before and after the NECAS in the first half of this year alone, a development which economy watchers and analysts believe is a mark of success for the CBN’s economic diversification programme through the interventionist lending policy. They believe that with the programme gaining traction in the private sector it has entered a self-sustenance threshold.

The apex bank has so far cumulatively disbursed N174. 48 billion through 19 financial institutions under its ABP since 2015.

The programme has supported 902, 518 farmers working with 194 anchor companies. Moreover, the scheme has so far created 2.8 million and 8.4 million direct and indirect jobs respectively.

Earlier in June this year while appraising all the economic diversification actions of the CBN, the Governor, Godwin Emefiele, said the programme also enabled agro-processors and manufacturers to source their inputs from local sources, rather than relying on the importation of these items in the face of pressures on the nation’s foreign exchange resources.

Consequently, the apex bank has rolled out a new  policy to end reliance of the nation’s dairy industry on foreign inputs, just as it assured that the apex bank was ready to provide loans for those who want to go into cattle business.

He had warned that Nigeria  could no longer continue to spend between $1.2-$1.5 billion on milk importation, annually.“That is a very high import product into the country, given that it’s a product that we are convinced can be produced in the country. Cows produce little milk due to roaming.

“Let’s ask ourselves the question: What really does it take to produce milk? Get the cow and give the cow plenty of water to drink and let the cow eat a lot of grass and the cow positioned in a place without roaming about, that cow gets fat and you can take milk out of it.

“We called in the management of the oldest milk company in Nigeria to Central Bank office in Lagos. We held at least three meetings with them. We told them that we were trying to use the opportunity to appeal to them to do backward integration. Integrate backward and begin the process of development and production of milk in Nigeria.“Unfortunately, after three years, nothing has happened. Three weeks ago, we had another meeting, where we said we need to take stock of what you guys are doing because we can no longer continue to spend close to $1.2 to $1.5 billion importing milk to the country, a product we can produce.

“To some extent, they should help us also to reduce the rate of herder/ farmer conflict. Perhaps, if they had started this journey three years ago with us, the herders/ farmers conflict that we see today would not have been as intense as it is this time. Our policies must be respected.”

This shows that contrary to the allegation that it was backing the proposed RUGA project, the apex bank had started the push for domestication of the nation’s dairy industry with the support to pastoralists over three years before the RUGA controversy.

It is believed that the RUGA initiative, if well implemented, would complement CBN’s initiative on the domestication of the dairy industry, especially as regards ranching of pastoralists for effective milk production, while eliminating saving farmlands and agriculture sector from the nomadic herdsmen.The Permanent Secretary of the Federal Ministry of Agriculture and Rural Development,  Mohammed Umar,  had explained that the RUGA settlements will house nomadic herdsmen who breed animals.

“We felt that to do away with herders-farmers’ conflict, we need to settle our nomads and those who breed animals.

“We want to put them in a place that has been developed as a settlement, where we provide water for their animals, pasture, schools for their children, security, agro-rangers, etc,” he said.

Some economy observers had pointed at attempts by some interests, who feel hurt by the policy aimed at promoting the local production of milk in Nigeria, to mislead the general public by misrepresenting the ordinarily unassailable case for investments in local milk production and the medium to long-term benefits of the planned policy.The restriction of foreign exchange sales to milk importers followed the highly successful policy package which restricted sale of forex from the Nigerian foreign exchange market for the importation of some 43 items goods that could be produced in Nigeria.

Today, the CBN efforts in rice, cassava, maize and other major food crops is leading to increased production under  the ABP.

A total number of 862,069 farmers cultivating about 835,239 hectares of land, growing 16 different commodities including Rice, Wheat, Maize, Cotton, soya-beans, Poultry, Cassava and Groundnuts, tomato, in addition to fish farming have already benefited from the programme. The initiatives were undertaken in close collaboration with the states.

Over seven million 50Kg bags of fertilizer through the CBN intervention programme, with 11 blending plants with a capacity of 2.1 million metric tons have been reactivated.“About $150 million have been saved in foreign exchange and N60 billion in subsidy. Fertilizer prices have dropped from N13, 000 per 50Kg bag to N5, 500,” President Buhari had disclosed while pointing to some of the achievements of the ABP.

Another achievement similar to what was recorded in the production of rice has started as the CBN’s support for massive tomato production in commercial quantity in the country begins to take shape.

Already, tomato processing plants have started springing up in parts of the country that would soon make Nigeria self-sufficient in the commodity.

During a facility tour of Dangote

Tomato Processing Factory and farms in Kadawa, Garun Malam Local Government Area of Kano State last year, Emefiele enthused that Nigeria now has a major Tomato processing Plant in Dangote farms, which he said has the capacity to meet nationwide demand of tomatoes in the country.

The good news is that the initial challenges encountered by the project have been overcome with the acquisition of greenhouses for the production of high yield seedlings with the collaboration of the CBN. 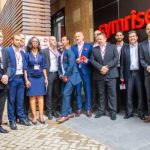