Having delivered an unprecedented systemic shock to economies across the world, the COVID-19 pandemic has precipitated sharp drops in M&A deal value and volume in Africa.

However, there are already indicators of increasing M&A interest, which is likely to accelerate. Is this a silver-lining or as a result of opportunists starting to make their moves?

Here are some perspectives on the impact of the pandemic on M&A activity across the continent.

In the early days of lockdowns, M&A activity mostly focused on saving or exiting existing deals, and several potential transactions were pulled or put on hold. This phase is now mostly complete, although some transactions remain in dispute for reasons relating to force majeure or material adverse change impacts.

For the rest, the focus has turned to rebuilding. For many companies, some of them quality businesses pushed into survival mode, this means seeking emergency funding and potentially new capital or ownership.

For example, in Kenya, we expect that valuations will continue to decrease possibly making targets more attractive to strategic investors and PE funds. On the other hand, there may be several exits or possibly second round funding in relation to existing PE investments. In Mauritius, which has become an important hub for investment across the continent, certain banks have shown themselves open to helping businesses in their loan restructuring, leading to an increase in restructuring, with a particular focus on SMEs.

Geopolitics as an FDI driver

We believe that African economies may benefit from resumed geopolitical competition for influence on the continent.

China was the first country to be affected by COVID-19 and should now be able to shift its focus, so FDI with Africa remains on its radar. While naturally more cautious, Japan is likely to re-ignite its Africa mission as soon as it feels it is safe to do so. South Korea, which has not been as active on the continent, has handled COVID-19 very effectively so it may be well placed to seek opportunities further afield. Although not traditionally a rich source of FDI for Africa, we have seen relatively high levels of interest from Australia during lockdown.

Other traditional sources such as the United Kingdom and Europe are still likely to feature, with the European Union unveiling a proposal for a comprehensive Africa strategy. The United States is still an important source of FDI, although it remains to be seen what will become of US-Africa policy after the US elections.

COVID-19 has brought certain industries into sharper focus, either because they came to a virtual standstill early in the pandemic, or because demand for their products and services has surged.

On the growth side, healthcare and pharmaceuticals have surged amid the pandemic for obvious reasons – which has also highlighted Africa’s reliance on medical and other supplies from abroad. To unlock opportunities in this space, there is an urgent need for governments, regulators and business to embrace technology and invest in medical supply chains.

Given that there is no single bank offering services across Africa, opportunities are there for the taking in the fintech, particularly mobile money, space. In Zambia, for example, we have seen deals anchored on geographical expansion in the fintech, e-commerce and financial services sectors, and east African remains an important hub for growth, development and innovation in this space.

Despite the general slowdown of FDI in Ethiopia, significant activities leading up to the planned telecom sector liberalization are underway.  Nonetheless, critical industries in Ethiopia (including financial services, retail, and import trade) remain reserved for domestic investors. In Uganda, by comparison, the oil and gas sector may see increased activity now that the Government has set new timelines for the oil refinery project and the Front-End Engineering Design (FEED) is now 70% complete.

It goes without saying that the stronger players within industries are more likely to survive, and the weaker might become the subject of consolidation or takeover attempts.

We have seen an increase in industry organisation and association, aided in part by relaxations in competition rules relating to peer collaboration (although these relaxations are mostly limited to initiatives aimed at fighting the pandemic). In addition, we can expect the wave of portfolio and balance sheet restructurings to continue for some time, and, with that, an increase in foreign divestments.

In the listed space, the ongoing delisting trend in South Africa is likely to continue post-COVID-19. Even so, there is potential for an increase in equity raisings as listed companies seek to raise cash to bolster their balance sheets.

The pandemic has brought issues of social responsibility into sharper focus, with the world experiencing first-hand the consequences of not paying attention to broader societal issues including health, climate change and poverty alleviation.

As the pandemic subsides, we can expect a greater focus on ‘governance activism’ – as companies face heightened scrutiny of corporate governance, and an increase in campaigns by special interest groups and NGOs concerned with environmental issues, in particular, climate change.

In addition, impact investing, including profit with purpose, will become increasingly mainstream, not only for societal purposes, but because of a growing recognition that companies that studiously address ESG and related measures, tend to outperform those that do not.  There are many opportunities for impact in Africa, including in renewable energy, agriculture, education and conservation-focused tourism for example.

As impact investing develops, it will be increasingly important to move to a uniform measurement, in order to improve credibility and reduce perceptions of ‘impact washing’.  Progress is being made in this regard, including the proposed introduction of impact measurement into accounting standards.

Before COVID-19, cross-border investment had been shrinking or stagnating relative to world GDP amid rising nationalism and trade protectionism, as well as a tendency towards more interventionist approaches. This has had a chilling effect on M&A.

For example, over the past few years, the Tanzanian Government has introduced a raft of local content requirements. This, among other factors, led to the mining sector all but coming to a stop. However, we have also seen significant volumes of corporate restructuring among mining licence holders and mining service providers to comply with local content requirements as a result of this development.

Many countries have either tightened or introduced new foreign investment rules. For example, South Africa has recently introduced foreign investment reviews for transactions involving foreign acquiring firms that seek to acquire businesses or assets in sectors that are designated as strategically important to national security interests.

In addition, the lead up to elections in various African jurisdictions, including Ethiopia, Kenya and Uganda may have a dampening effect on M&A activity.

Prior to the pandemic, there was increasing momentum around the African Continental Free Trade Area (AfCFTA) agreement. Given the many border closures, and the deferral of the 1 July 2020 implementation date to at least 2021, the pandemic may have put a spoke in the AfCFTA wheel. The result is an increased focus on domestic rather than international trade and the potential for a reorganisation of value chains along regional lines.

Policymakers should look to maintain momentum for the implementation of AfCFTA and use available trade facilitation measures to counter rising trade costs and to limit the economic and human impact of the pandemic.

There will always be winners and losers in a situation like the one we are currently facing and, while certain trends are apparent, there is a multitude of factors that influence levels of deal activity across important African economic destinations.

Certain countries, such as South Africa and Kenya, are economic centres in their own right, but still also remain important hubs for broader regional and continental expansion.  Other countries are attracting interest by virtue of their relatively ‘free economies’ – examples here being Mauritius and Rwanda, which are the only two African countries featured in the top 50 of the World Bank’s Doing Business 2020 list.

Other jurisdictions may be more tricky to access, but still hold sufficient promise of growth to catch the attention of investors. We see Ethiopia in this category with its growing middle class and hopes to increase its share of incoming FDI by opening up sectors that were off-limits to foreign investors in the past.

So, to answer the original question, we think there is still some distance to travel on the road to recovery from the pandemic, but have seen some developments that are cause for optimism. Those countries that actively prepare for renewed interest are likely to benefit the most. 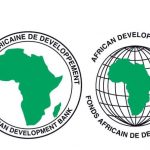