For those keeping an eye on where might bounce back fastest post-Covid, East Africa might be a good place to start.

Yes, the collapse of tourism is hitting the region hard.

But it is one of the world’s fastest-­growing areas outside of Asia, with a 2021 growth rebound of 4.8% predicted by the IMF. There are deep-seated reasons for that, which include the end of conflicts in certain countries, and strong state investments in physical and social infrastructure. Life expectancy at birth in East Africa has risen by almost seven years over the past decade.

The structure of East Africa’s economies may also play a role in its resilience, argues Andrew Mold, who is in charge of the East Africa office of the UN Economic Commission for Africa (UNECA). Households in the region tend to be rural and focused on agriculture, a resilient sector. The price of commodities like oil has been slashed, which has eased East African countries’ import bills, too.

Complete the form and download, for free, the highlights from The Africa Report’s Exclusive Ranking of Africa’s top 200 banks from last year. Get your free PDF by completing the following formEmail Address *

New port projects along the coast, and new rail, power and road interlinkages between countries, are creating an integrated market of half a billion people and a regional GDP of $450bn. Neighbours like DRC are keen to join the East African Community (EAC). The financiers of the region are starting to play their connective role, too. The purchase of two Congolese banks by Kenya’s Equity Bank is the beginning of a more coherent regional policy from big local corporates, which hitherto had focused more on internal markets, despite the EAC’s efforts.

“We can become a catalyst of cross-­border trade,” says James Mwangi, chief executive of Kenya’s Equity Bank. “It hasn’t happened as fast as everybody expected. There’s been a frustration.”

Things are now opening up. Equity’s venture capital division, for example, has been tapped to develop the Kigali International Financial Centre.

China’s investments in the region as part of the Belt and Road Initiative is delivering new trade into Asian markets. Meanwhile, European, Middle Eastern and US partners continue to woo the region, bringing competitive opportunities for East African companies.Africa InsightWake up to the essential with the Editor’s picks. Sign upAlso receive offers from The Africa ReportAlso receive offers from The Africa Report’s partners

But it is the internal market and the ability of domestic officials and banks to keep it going through the crisis that is greatest cause for optimism. Kenyan companies were shielded from the worst by a coalition of public- and private-­sector help. Tanzanian officials created mobile testing units to keep trucks flowing between Nairobi and Dar es Salaam.

In an article for the Brookings Institution UNECA’s Mold and Anthony Mveyange of TradeMark East Africa write of the fast rebound of Kenyan exports to the rest of the EAC: ‘By July, exports to Uganda and Rwanda had exceeded their pre-Covid-19 peaks, and re-exports towards Tanzania also accelerated sharply.’

Coffee exports from Uganda also hit a record high in July. The reigniting of hostilities in Ethiopia is a real disappointment to those seeking vibrant regional markets, however. The investor excitement drummed up by the potential opening of the telecoms and other sectors may be put on hold. While Ethiopia beat Kenya to the crown of the leading recipient of foreign direct investment in 2019, it is unlikely to achieve that again in the short term. 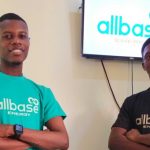