Rachel Sibande is a female computer scientist as well as techpreneur from Malawi. She is the founder of mHub – A technology hub and incubator for innovators and emerging entrepreneurs, the first of its kind in Malawi.

Speaking of Sibande, she is also a recognized technology advocate who received the Anita Borg Scholarship from Google in 2015 and was named one of Africa’s 30 most promising entrepreneurs under the age of 30 by Forbes, in 2016.

She was interviewed by Eunice Baguma Ball for the book titled Founding Women. On the interview, she shared her experience with her juggling family, entrepreneurship, as well as academic career.

Sibande explained how she ended up setting up mHub which started in 2012 as she was selected to attend the Young Africa League of Nations Program. The program gave her the opportunity to travel to the US—which was the first time of her life—and an opportunity to have an internship in Chicago during a six-week period.

During the period of time, she visited a hub and incubator for entrepreneurs which she found very interesting. As a result, she was inspired to use the same idea in her own country. At first, she didn’t execute it right away since she was lacking capital. Realizing that all she had was her technology skills, she then decided to take part in volunteering projects to gain relevant experience.

One of her volunteering projects was developing a tech solution for election monitoring. She and the team created a platform that enabled people to send reports of incidents during the elections via the web, mobile, social media, or SMS.

According to Sibande, being a mother and wife while having a career is not easy. However, planning everything is the key to have them all in balance even though sometimes you have to decide what you should put as your main priority. Despite the hardship, you need to manage your role as a wife, mother, and career woman.

Founding Women is a book consisting of inspiring entrepreneurial stories of 20 African women and how they deal with the challenges they face during their careers, particularly in the tech world. 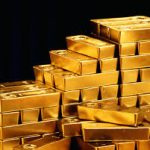 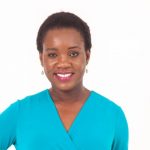