The Moroccan National Tourism Office (ONMT) is initiating a new approach in its delegations abroad for the revitalization of Morocco’s tourism sector through setting commercial and marketing strategies in the global tourism markets.

After months of constant travel restrictions due to COVID-19 pandemic, Moroccan tourism actors disclose a new approach to promote Morocco as an international tourism destination. The new approach is part of the organizational strategy that the Office launched two years ago to respond to the sector’s constant evolutions and new strategic challenges.

The ONMT agreed, stating, a reassignment of its human resources is carried out in its international delegations from Spain and France. The ONMT office in Madrid will receive two new delegates: Khalid Mimi and Salma Sebbar. Mimi’s mission is to boost and revitalize tourism activity in the Spanish, Portuguese, and South American markets, while Sebbar is tasked with rebuilding Morocco’s pre-crisis in the aviation sector and sales by relying on the Spanish markets’ key players to develop more opportunities in favor of tourism in Morocco.

Meanwhile, Jihad Chakib and Loubna Lahlimi Alami were appointed to the delegation in Paris to bring their expertise into Morocco’s first and biggest international tourism market. The newly appointed delegates are expected to join their new headquarters in the first quarter of 2022. Morocco’s tourism sector is substantial in its contributions to both the annual GDP and the employment rate. 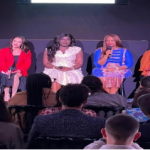