The International Prize for Arabic Fiction (IPAF) revealed on Tuesday the shortlist of its annual award including two Egyptian novelists Youssef Zidan and Rasha Adly. The award, dubbed the Arab Booker, announced 16 fiction titles competing to win the first place.

These two are neck and neck for first place from a list of 14 other books that “depict the destinies of entire cities such as Aleppo, Algiers, and Rabat, and of individuals trying to live their lives in the midst of war and chaos,” according to the IPAF’s statement.

Adly competes with her historical novel “Akher Ayam El-Pasha” (The Last Days of the Pasha) in which she documents the ruling era of Mohammed Ali Pasha, one of the more controversial kings to rule Egypt.

Adly previously stated in one of her interviews that, through her novel, she aims to present mainstream facts about the late king in a way never before seen.

Zidan, who previously won the Arab Booker for his novel Azazil in 2009, competes with his latest work Fardeqan (The Detention of the Great Sheikh) in which he tells the story of Ibn Sina and his arrest seizure at the Iranian’s Fardeqan castle. Zidan’s novel previously won several international awards. 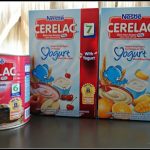 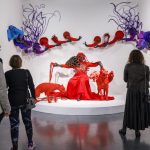