A FIFA delegation completed a four-day visit of Cabo Verde on Thursday 28 July 2022, during which it unveiled facilities such as new artificial pitches and the refurbished academy and headquarters of the Cabo Verdean Football Association (FCF), all funded by the FIFA Forward Program.

“It’s the fulfilment of a dream because we’ve put a lot of work in, especially on the stadium in Santa Cruz,” said FCF President Mario Semedo. “FIFA is our main football development partner in Cabo Verde. We couldn’t have got where we are without them.” “FIFA Forward is a unique development programme launched by FIFA in 2016,” said Kenny Jean-Marie, FIFA Director of Member Associations Services. “It allows us to forge close ties with federations. It’s not just a question of sending money and hoping football will develop itself. We are talking the whole time and exchanging ideas, just as we’ve done here, in Cabo Verde. We’ve identified a number of priorities with the board and FCF President Mario Semedo with a view to creating a strategy and launching projects.”

Discussing one of the new artificial pitches made possible by the FIFA Forward Programme, Jean-Marie said: “The project is designed to benefit everyone who lives in the northern region around Santa Cruz. The pitches will help the sub-regional leagues and all the teams in the region can play their matches here, on a high-quality FIFA-approved pitch.”

More artificial pitches will be installed in the future and FIFA will continue to support Cabo Verde with the project while overseeing the proper maintenance of existing structures to ensure lasting development. “Now we have the locations we can play on them,” said the Frenchman. “We can start competitions now and youngsters can have fun and develop their footballing skills on these pitches and then aim to follow in the footsteps of the illustrious players who’ve gone before them.”

Those illustrious players include Gelson Fernandes, who is something of a role model in Cabo Verdean football. Born in the country’s capital, Praia, he began learning his trade in Santa Cruz before moving to Europe with his family in search of a better life. He went on to win 67 caps for Switzerland and is now FIFA Director of Member Associations Africa. “Though I was fortunate enough to be able to move abroad, I’m still very attached to this country,” said the former Manchester City midfielder. “These islands represent a large part of who I am.

“These facilities are very important because they’ll give people the chance to play football,” continued Gelson, who appeared at three FIFA World Cup™ competitions with Die Nati. “When I see these children playing I can see myself in them. I see people who love the game and who are passionate about it, both girls and boys. It’s up to us to give them every chance to play.” Giving a message to any youngster dreaming of having a successful career like his, he said: “Believe in yourself. Believe that it’s possible and that you can do it. Football is more than a sport. It has values that you can apply in life, like respect, fair play, dedication, passion and commitment.”

As appealing as it may be for youngsters to enjoy the success Gelson had abroad, one of FIFA’s key objectives is to allow African countries to develop and hold on to their talented players, as FIFA Secretary General Fatma Samoura, who also made the trip, explained.

“We know just how much passion there is for football in Africa,” said Samoura. “No matter which country you visit, you can’t go from the airport to your hotel without seeing young girls and boys playing in the street. So as far as we’re concerned, it’s much more than a  continent that’s good at providing talent for other confederations. We have seen so many great players come out of Africa and excel at the biggest clubs in Europe.” This is what gives meaning to the work being undertaken in Cabo Verde, where these new facilities are paving the way to a brighter future and a stronger game across Africa as a whole. FIFA’s ambitious development project for the continent continues apace, in line with FIFA President Gianni Infantino’s objective to make football a truly global game

This article was initially published at www.news.africa-newsroom.com. You can start earning money by becoming our Independent Reporter or Contributor. Contact us at IR@downtownafrica.com 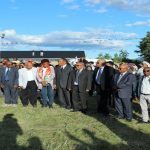