The United States government has awarded a technical assistance grant to Algeria’s transmission system operator, Société Algérienne Gestionnaire du Réseau de Transport de l’Electricité (GRTE), to modernize its electricity grid, which will help Algeria transition toward renewable energy. “We are proud to support this opportunity to not only bolster the bilateral relationship between our two countries, but also to join in the efforts to secure reliable, clean and renewable energy for the people of Algeria,” said Gautam Rana, Chargé d’Affaires at the U.S. Embassy in Algiers, during a Wednesday virtual signing ceremony.

In addition to the Chargé d’Affaires, GRTE representatives and representatives from the U.S. Trade and Development Agency (USTDA) attended the ceremony. USTDA, which funded the technical assistance, links U.S. businesses to export opportunities by funding project preparation and partnership building activities that develop sustainable infrastructure and foster economic growth in partner countries such as Algeria.

The $588,100 in U.S. government assistance will help GRTE plan the development of an automated distributed control system which will allow it to integrate renewable energy from solar and wind sources into its grid. This system will increase the efficiency of GRTE’s grid while strengthening its management of Algeria’s distributed power generation resources. “USTDA’s support of this project exemplifies our commitment to supporting climate-smart infrastructure around the globe,” said Enoh T. Ebong, USTDA’s Acting Director. “GRTE’s goal of a renewable energy future is a priority that USTDA is proud to support. USTDA’s assistance will also create opportunities for GRTE to benefit from cutting-edge American technologies as it embarks on its planned grid upgrades.” 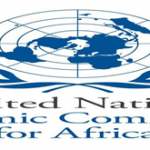 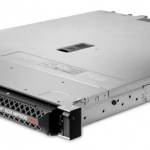