She was given the recognition by ThisDay Newspapers in celebration of their silver jubilee which recently held at the Eko Hotels Convention Centre, VI, Lagos.

Ms Adichie was unable to attend the event. She was, however, presented her award at a reception held in her honour at the ARISE office in Lagos on Monday.

During her remarks, she said, “JP Clark’s poetry means a lot to me – and to my character Obinze in AMERICANAH! Thank you to Thisday Newspapers for naming me ‘woman of the decade’. I am delighted to have the award presented by JP Clark”.

24 winners were selected with two persons honoured with an award in the People’s Choice and Editor’s Choice in each category.

Winners of the awards were picked by the public and ThisDay editors from a pool of personalities and corporate organisations in a voting process that lasted one week.

Explaining the selection process, ThisDay noted in a statement, “The board noted that whereas the editor’s choices were based on the strength of industry knowledge and professional advice, the readers’ votes were mostly based on their perception”.

Alongside Ms Adichie, the Deputy Secretary-General of the United Nations, Ms Amina Mohammed, was also named “Woman of the Decade” based on the people’s choice.

Prior to this award, Ms Adichie emerged the first recipient of the Belle van Zuylen Ring, an honorary prize awarded by the International Literature Festival Utrecht (ILFU), Netherlands.

She was awarded the prize for “her contribution to humanity through her literary works and her public engagements which have played huge roles in effecting change and a better understanding of issues such as identity and feminism.”

As part of the activities for the festival, Ms Adichie delivered a thought-provoking speech and had a conversation with renowned Dutch cultural historian and author, Nancy Jouwe.

She also engaged with writers and literary minds from all around the world and signed autographs for teeming fans at the event. 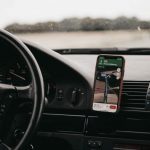 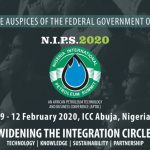